What Is Craft Beer

If you’re over the age of puberty and enjoy beer, you’ve almost definitely heard of craft beer. Although it’s been there for generations, it only emerged recently as a popular sensation and significant part of cultures worldwide. But what is a craft beer, and what makes it stand out among other brews?

What Is Craft Beer

It’s challenging to define craft beer entirely because it can go from a subjective to a biased perspective. Luckily for us, there is an authoritative figure that already determined how to interpret it. The Brewers Association from Colorado states that three characteristics govern craft brewers– small, independent, and traditional.

A craft beer pertains to beer made by independent breweries that are not affiliated with or controlled by larger enterprises.  The brewery should produce less than 6 million barrels of beer per year to be considered a craft brewer. Craft breweries utilize standard brewing methods and components like malted barley and sometimes bring unconventional additives for originality.

However, craft breweries don’t limit themselves to simple beer production volume and traditional brewing methods. Here are some of the characteristics of craft beers that craft brewers pride themselves in:

Different brewing methods may produce various flavors, but every craft beer possesses characteristics that define them. Brewers put plenty of effort into making something they love and presenting something they want in a beer. The distinct personalities of craft beers are why enthusiasts enjoy them, knowing that there is a brew for their tastebuds.

Being smaller than international brands, craft breweries are often more adventurous in experimenting with their ingredients and techniques. And that innovation has always been the essence of craft beers, even from their earlier days. All kinds of craft beer were all products of imagination and breakthrough, whether with modern, traditional, or combined brewing practices.

Craft Beer Is a Local Pride

Most craft brewers are passionate about their communities and usually wear their local pride on their sleeves. You’ll almost certainly find things related to their roots, such as their ingredients, brewing processes, and branding. People who like to help their local industry and keep their purchases local will appreciate this feeling of community pride.

Why Craft Beer Is Extremely Popular

Craft beers are on the rise, and they show no sign of slowing down. Every beer drinker is getting into the craze, from enthusiasts to newbies and from local pubs to major organized events. Why?

The popularity of craft beers is mainly due to the unique and exciting flavors resulting from the creative brews. The rising number of beer drinkers turning into enthusiasts and looking for new beer experiences also aids this growth. Whether you like beer or not, there’s a chance you’re into the flavor, and craft breweries have plenty of it.

But that would only be the tip of the ice. Here are more reasons why craft breweries are reaching new heights:

Craft beers are far better than major-brand beers in terms of taste, aroma, range, and alcohol content. Their unique flavors are carefully engineered, balanced, and processed to produce a perfect taste and consistency. Craft breweries are also renowned for their commitment to high-quality, fresh ingredients, resulting in a superior brew profile.

Since the consumer demand for more beer options grows, so does the trend towards fresh and creative beer choices. This likely is why breweries are actively launching new hops and ale flavors to keep consumers coming back for more. A basic brew isn’t enough for many consumers nowadays, so they’re shifting to more intense craft beers.

Beers from well-known brands are just water with little alcohol, even less than you’d get from a single craft beer. Craft beers usually contain between 5% and 10% alcohol content, with some hitting as high as 15% and more. It’s because of the focus on the fermentation in different beer styles brewed, including ales, lagers, stouts, and the likes.

There’s a Craft Beer for Every Season

You can have craft beers made especially for each season, whether it’s autumn, spring, or winter. Each season offers something new to enjoy, such as aged stout for winter and the outstanding pumpkin beer for fall. Craft beer lovers, like coffee lovers, can receive the same pleasant feeling from selecting a beverage that complements the season. 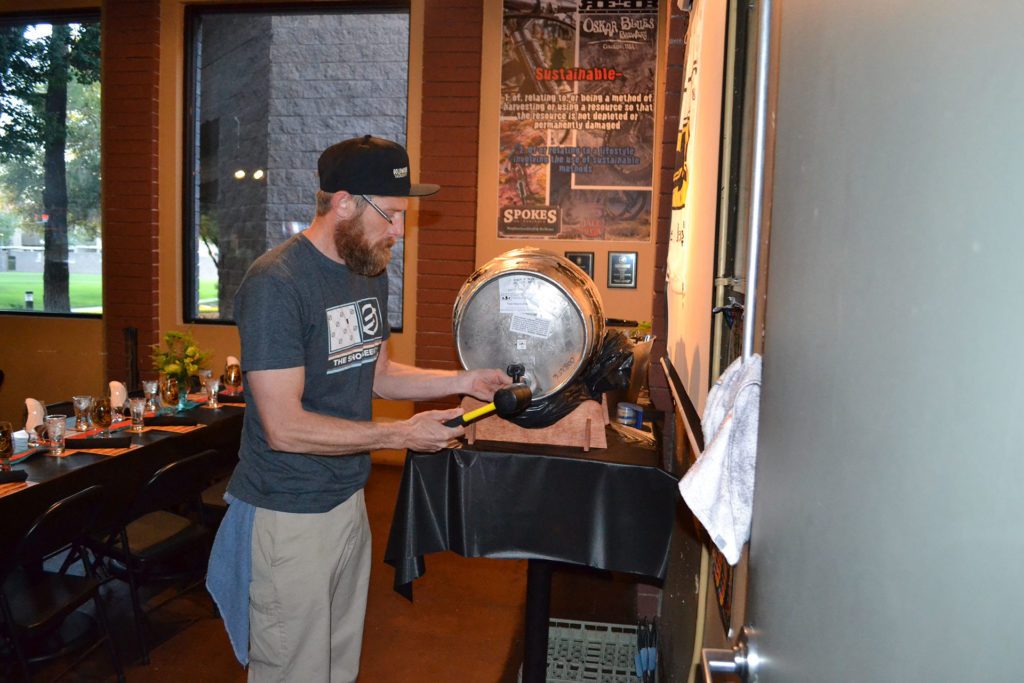 People often confuse or interchange craft and microbrews with each other, and rightfully so. Many would associate both beers with lesser production quantity and better brewing techniques and quality. But, however similar they may seem to be, there is a crucial factor that differentiates them.

Micro-Brewery Is All About Quantity

The amount of beer production every year is the primary characteristic that governs the classification of micro-breweries. A micro-brewery has a threshold of 460,000 US gallons of beer per year and no more than that. They must also sell no less than 25% of their microbrews on-site, and the rest sold beyond the brewery.

Many micro-breweries double as pubs, taverns, or bars to allow them to meet their on-site sales quota. They may also be famous for “specialty beers” crafted explicitly for their sites or specific events and seasons.

While micro-breweries concern about beer production volume, craft breweries prioritize their brews’ quality. Craft breweries must brew their premier beer using traditional ingredients like hops, malts, and barley. If a craft brewery uses additives in its brewing, it must be for the flavor and quality rather than cost-cutting.

Craft beers today are distinct and exciting due to their emphasis on consistency and flavor above all else. Craft brewers nowadays use the best of old-school brewing approaches while also experimenting with newer brew flavor options. This combination of traditional and modern brewing techniques is what sets craft breweries from many large-scale breweries.

Over the last few years, the craft brews industry has been more resourceful and creative- pursuing new flavors and trends. Craft beer is famous for its bolder, fruitier tastes and a consistent focus on taste and caliber. As a result, new beers with distinct flavors and qualities have arisen, challenging conventional wisdom about brews.

Craft brews have exploded in popularity over the last three decades without showing any sign of slowing down anytime soon. Every state already has an excellent craft brewery, and new styles of craft beer get launched every year. Here are the most popular craft beer styles today, whether you’re new to craft beer or into new flavors.

India pale ales showed up in the initial periods of American craft brewing, right along with American pale ale. It is the most prominent craft beer type today, and now many craft brewers use it as a foundation. Over time, the style developed to introduce various substyles that differ in strength, hop bitterness, hops used, and other factors.

Instead of using hops as an additive, American IPA brewers utilize them to add intense amounts of bitterness. They bring out the best in hops and produce fragrant aromas of piney, earthy, or citrusy flavors. These brews have a higher alcohol content than other ales, varying between 5.5 and 7.5 percent.

One of the most liked types of beer in the United States is the American pale ale. Many people also believe that it was this style that first set off the American craft brewing industry. Although they are similar to British ale, the essence of American hops showing through without the complexities sets them apart.

American pale ales are darker than other beers, varying from dark yellow to caramel in color. They also possess robust hop flavors, albeit not as bitter as IPAs, and harmony of caramel sweetness and hop intensity. They’re also moderately alcoholic, with alcohol percentages ranging from 4.5 to 6.5 percent by volume.

Amber or red ale is a style that offers a proportioned, lighter choice for newer enthusiasts. It does this in amongst the more intimidating flavors that represented this brew scene. They have a balanced taste thanks to the moderate hops content, which sets them apart from darker beers. They’re also lesser in alcohol (only 5%), with a packed malt flavor that tastes crispy without overpowering the tongue.

Although the composition of ambers and reds is somewhat similar, the involvement of caramel malt is the crucial distinction. Ambers utilize crystal malt to provide both flavor and color and are less hoppier than reds. Reds are smoother and drier, with a mellowed caramel taste and a higher alcohol content of 6.1% to 7%.

Brown ales date back to the 19th century, but current brown ales don’t taste anything like they used to. They usually provide a sweet flavor, are moderate in intensity, mildly bitter, and have some malt and hop features. The beer’s rich flavor comes from the roasted malts used in the brew, which have a nutty taste.

Brown ales are dark caramel or chocolate in color, with flavor distinctions between the American and English varieties. Most English brown ales have lower alcohol and lack hops, but American versions can hit 8% alcohol with mild bitterness. English brown ales also feature crystal malt shades and don’t have the roasted taste of American brown ales. 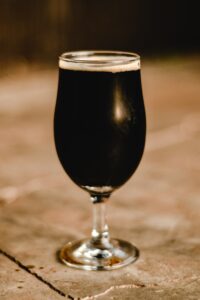 Stouts and porters have a shared origin, but brewers and drinkers can still have trouble distinguishing between the two types. Both ales possess dark colors, but there are a few distinctions between them. Stouts and porters are highly famous among craft brewers, with almost every local microbrewer brewing either or both yearly.

Stouts are dark ales which are crafted with roasted barley and can feature some chocolatey or coffee-like flavors. Some brewers age their stouts in Bourbon or other wooden casks for a fuller and more robust feature. This style often has a moderate to high alcohol content, typically less than 7% alcohol content.

Britain welcomed porters first in the late 17th century, and the empire’s dominance throughout the nineteenth century strengthened their influence. These brews all have dark colors and possess flavors similar to caramel, coffee, and chocolate. They have a more chocolatier taste than brown ales but less coffee-like than stouts and contain identical amounts of alcohol.

American lager is an offshoot of a pale lager style that emerged in Europe in the middle of the 1800s. German immigrants introduced pale lagers to the United States, creating a modified brewing process to accommodate American six-row barleys. These beers are now the most popular in the US, with plenty of craft breweries trying their hands on them.

Unlike their earlier versions, modern American lagers are thinner, have little if any bitterness, and a lower alcohol volume. They also lack hop and malt tones, with a low to moderate hop aroma and taste derived from traditional hops. They are most often light yellow to golden in color and have less than 5% alcohol level.

There are more types of craft beers, but listing every one will take a considerable amount of time. With the introduction of more brewing techniques and the incorporation of more additives, there can be more to come.

Get Your Craft Beer Today

If you’ve only consumed beers from large brands, then now is the best time to go for craft beers. Craft beers have a long and varied history from anywhere globally, going back to thousands of years ago! Nowadays, you can experience this heritage in the unique and revolutionized craft beers served at your local pubs and bars.

You’ll encounter more types, more varieties, and even more passion in your brew if you switch to craft beers. Craft brewers are imaginative- they have ingenuity in their veins, showing in every pint of their ales and lagers. They’re always about genuine, precise, quality drinks with none of the theatrics that comes with premium brands.

Now that you got some basic understanding of craft beer, you can try one out and taste it yourself. Go to your favorite local bar, try the local brews, and you might see what the fuzz is all about. There’s plenty of choices available, and you’ll indeed find one that perfectly fits your tastebuds. Cheers to that!

NO RETURNS ON TO GO OR DELIVERY ORDERS